April 7 is National Beer Day and there is no shortage of great beer to enjoy on this special occasion. Tualatin Valley is home to many inventive craft breweries as well as tap houses pouring favorites from all over the state, all year long. 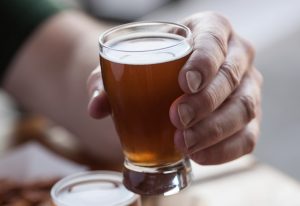 There are more than a dozen microbreweries in Tualatin Valley, many of which offer a selection of beers to suit any taste. While we don’t need a special day to celebrate beer in Oregon, it’s always a good excuse to venture out and try something new.

Waltz Brewing in Forest Grove and Three Mugs Brewing and Vertigo Brewing in Hillsboro are great stops for a variety of beers. Each has a selection that ranges from Pacific Northwest favorite IPAs, blondes, reds, ales, stouts and more. If you like something different, head to Ambacht Brewing, which is known for its Belgian beers and is also the only brewery in the area that doesn’t make an IPA.

For beer lovers who also want to eat well, there are breweries also serving excellent menus from classic pub fare to wood-fired pizza and more. Ancestry Brewing serves a variety of burgers. Stickmen Brewing‘s Tualatin Beer Hall serves personal pizzas made in an oven imported from Italy. Ridgewalker Brewing in Forest Grove has a fun menu featuring burgers, sandwiches and elevated hot dogs to go with its hop-forward brews. The new Cooper Mountain Ale Works in Tigard makes hard to find beers and a menu of burgers, sandwiches and pizza.

Several Portland favorites have also expanded, opening second locations in Tualatin Valley. You can drink your favorite Ex Novo beers at their Beaverton pub, which serves delicious Detroit Style pizza or pick up a 6-pack or growler at Great Notion Brewing.

Our tap houses are also great stops for a pint or to fill your growler for later. The 649 Taphouse has over a dozen taps featuring local beers and a great menu including charcuterie boards, pulled pork nachos and a Rueben. At Tigard Taphouse, you’ll find 26 rotating taps and one of the best patios in the area. The Orenco Taphouse in Hillsboro has 20 rotating taps and is right on the MAX light rail line for easy transportation.

So no matter what your tastes, you’ll be sure to find a great pint to celebrate National Beer Day in Oregon’s Tualatin Valley.

About the Tualatin Valley, Breweries

This is “Beervana,” the land of craft microbreweries. In addition to producing stellar wine grapes, the nutrient-rich soil of the Willamette Valley also produces fantastic hops.

Tualatin Valley is the perfect place to travel with your four-legged friend, as many hotels, parks, trails, coffee shops and wineries welcome friendly dogs, and breweries are no exception.

Some of the best breweries in Oregon can be found within mere minutes of each other in Tualatin Valley.