National Hispanic Heritage Month is September 15-October 15. This is a time for celebrating the histories, cultures and contributions of people of Spanish, Mexican, Caribbean and Central and South American decent. The celebration starts on September 15, the anniversary of independence for Costa Rica, El Salvador, Guatemala, Honduras and Nicaragua. Mexico and Chile celebrate their independence on September 16 and 18, respectively. 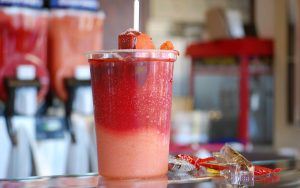 El Grito (September 17, 2-7 p.m.) is  to celebrate El Grito, was the battle cry of the Mexican War of Independence. The festivities will include music, food, family activities and more at Shute Park in Hillsboro. On September 16, 1810, the date now celebrated as Mexico’s Independence Day, Hidalgo voiced the “Cry of Dolores,” which called Mexicans to rise against the Spanish crown and fight for independence.

The El Grito marks the start of Hispanic Heritage Month and celebrates Mexican Independence Day, as well as the independence of six other Latin American countries:

Closing out the month is the first-ever El Tigre Fest (October 15), a family-friendly cultural event in the city of Tigard with Latin American food, arts & crafts, dancing, live music, and children’s activities.

Try tamales at Gloria’s Secret Cafe in downtown Beaverton or Puerto Rican mofongos at Boriken. Beaverton is also home to Ome Calli, where you can get a frozen treat inspired by Mexican flavors. Try a chamoyada, a type of shaved ice with chili powder, lime juice and chamoy sauce.

In Hillsboro, Pepper’s Mexican Grill is a popular spot, as well as Amelia’s Mexican Restaurant where you can get tacos, enchiladas and other satisfying cuisine.  There are also a wealth of family-owned Mexican bakeries and restaurants with delicious and authentic food.

Learn more about our Latinx communities >>>

We explore the rich cultural heritage of the communities that make up the fabric of Tualatin Valley.

Don’t spend time worrying about planning the perfect trip; we have sample itineraries that will provide ideas for fun outings for solo travelers, couples and even group travelers.